Once again, a familiar subject, psychology. This is one of those books that already had me writing an essay while just taking notes. Well, nearly anyways, but I did gather a fairly decent load of thoughts while reading. Psychology and the coinciding subjects always seem to have this effect. Perhaps, bit by bit, I’ll begin to understand how this aspect of my personality can be released to the physical world in the form of actual interactions, like dialogues. At least, this book brushes on the very thing in question (no, it did not).

I’ve always had great reverence for people who can, first of all, handle even the most nerve-racking of social situations with no effort, and ultimately steer the interaction in any direction they please. It’s pretty straightforward to review these methods of persuasion, but it’s incomparable to actually doing it in real life. So, let’s hope this reflection is of some help in my odyssey towards achieving a psychological upper hand.

In a way, I started to process the teachings of this book immediately after finishing it. The reason for this revelation might be that this has been, by far, the longest gap between reading a book and reflecting on it. What a surprisingly valuable observation. If this essay were a website, this paragraph would be an irrelevant block of code in the backend layer, only sort of important to the creator, but of no use to the user.

It’s a fact that nowadays we’re being bombarded with psychological manipulation, either in the form of marketing and especially by large corporations and the media. Many of the basic ones, like pricing or availability, have gotten pretty old and the majority of people recognize these types of tricks. Some more advanced deceptions include synthetic scarcity and artificial resemblance. These are difficult to recognize in many cases. The scarcity deception is not impossible to acknowledge, generally when no strong materialistic emotions are involved.

The perfect example would be some limited-edition clothing or anything, basically. From the consumers’ perspective, it’s never ideal to follow the actions of the mass fanbase when scarcity is solely generated by the manufacturer for the purpose of abusing the golden tool, exclusivity. However, from the business perspective, this method is very effective. But for the resemblance illusion, it’s nearly impossible to perceive. It’s just a fact that people prefer to do business with people who they sense a resemblance to. But when is it authentic and when dishonest? That’s the hard part.

Although, there is a natural psychological function for people to unconsciously mirror the body language, for example, of another person, could this have a role in the cognitive field as well? And of course, when I notice even the slightest resemblance to someone, I naturally want to highlight that resemblance even if it were the most minuscule thing imaginable. Maybe humans are just manipulative by nature. Definitely.

These aforementioned methods of persuasion, though somewhat unethical, do present some very useful tools for my projects as well. I remember once when talking about Matias’ coffee maker project, the topic of maintenance capacity came up. The simple boundary of lacking physical manpower would mean that no more than 10 customers could be offered the service. What a captivating, live example of the potential use for the scarcity principle. When thinking about the uses for this type of strategy in our cleaning project, I realized this is a strategy which does not work on its own.

Dekkhead could definitely benefit from some form of scarcity strategies. Limited time offers or exclusive products, something like that. The fact is that in this case as well, something else is needed. Basing a strategy on scarcity solely without any other attractive factors is just digging a hole where you can’t get out of without other tools.

Social proof in all its glory

Another great persuasion technique is the use of social proof. I’m referring to our psychological tendency to act in conformity with society. When seemingly everyone else does something, it lowers our threshold to do the same. This is why we ripped a few phone numbers from our cleaning service flyers before we took them to stores and bulletin boards.

I wanted to designate this whole paragraph for the unconscious psychological mechanisms that enable this method of persuasion to function. Let’s consider comedy tv shows, for example. Laugh tracks are used a lot in the satire genre. Studies have shown that hearing others laugh makes us more inclined to laugh as well. This brings us to the fundamental psychology behind it, our tendency to do as the herd does. The leading cause is uncertainty. Uncertainty makes us look for clues as to how others behave and then emulate them.

It’s basically the same principle with online reviews. If a service has tens, or even hundreds, of great reviews, there will be almost no hesitation when a potential customer is evaluating their purchasing options. The hard part is acquiring those reviews. In a more professional setting like the B2B segment, there’s a similar effect with references. Interesting how clearly human psychology is detectable even in the operations of large, seemingly phlegmatic enterprises. This is one of those subjects that I need to research more.

Social proof for a product’s reliability and effectiveness is also the fundamental element in influencer marketing, and essentially social media marketing as well, to some extent. This is one of the main methods young people are being psychologically manipulated by companies and their marketing. They see their favorite influencer advertising some gizmo and undoubtedly feel the immediate desire to have that gizmo. That actually is the sort of strategy we were planning on instituting for Dekkhead’s marketing plan. The first influencer we could form an affiliation with, of course, is Otto.

On behalf of my Dekkhead project, I’ve been researching the effects of having similar values as the targeted customer base. Cialdini has given me more reasons for this phenomenon and more information on this topic. Like I stated earlier, people prefer to cooperate with people whom they share a resemblance with. Indisputably, this is the reasoning behind the hype over values in the corporate world. The obstacles become evident when a specific audience has to be chosen as the priority. There shouldn’t be more than three key values, otherwise the whole business will seem deceiving. That’s a great way to lose the respect and trust of customers. Another value-related struggle is figuring out the ideal way to disclose the values we worked so hard to conceptualize.

The whole alikeness factor and all the deep psychological processes behind it make for a mesmerizing topic, especially when applying the principles to our own projects. And in addition, every business will benefit from analyzing targeted market demographics. Come to think of it, this seems like the one of the most important things to learn initially when planning a new business.

Rewinding a bit to the quantity of values or the business’ focus, Dekkhead is at the perfect stage for pondering the focal points. Originally, the plan was to extend the product selection towards other competing extreme sports as well, for example, scooters and rollerblades. Well, mainly scooters, or scoots, as they like to call them. Eventually adding more variety in the form of water sports and motor sports and so on. However, now thinking about it, it’s up for discussion whether or not this is the optimal strategy. But regardless, that is our personal goal, which makes this more difficult as there is now a conflict between the goals we’ve set for Dekkhead and the goals that would be quintessential for growing and evolving the concept. Maybe, there’s an arrangement which benefits both. Fascinating, isn’t it?

It’s time to conclude this lengthy palimpsest. This reflection wasn’t really the outcome I was anticipating. It’s possible I’ve gotten stuck in this particular way of processing everything by using psychology and so on. It’s not a bad thing, per se, but maybe I should read more essays to get some new perspectives. Perhaps this book has had an impact as well. 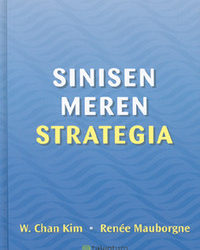